In 2019, 27 per cent of the survey respondents said they knew or knew of a business that had purchased or sold goods or services illegally without a receipt. The results show a significant turn for the worst, as the corresponding figure in 2017 was 17 per cent.

It appears that the previous surveys’ long-term downward trend in the share of people who know or know of businesses that operate illegally has ended. However, it should also be noted that a much higher number of respondents than before were able to say that they do not know any business that operates illegally. 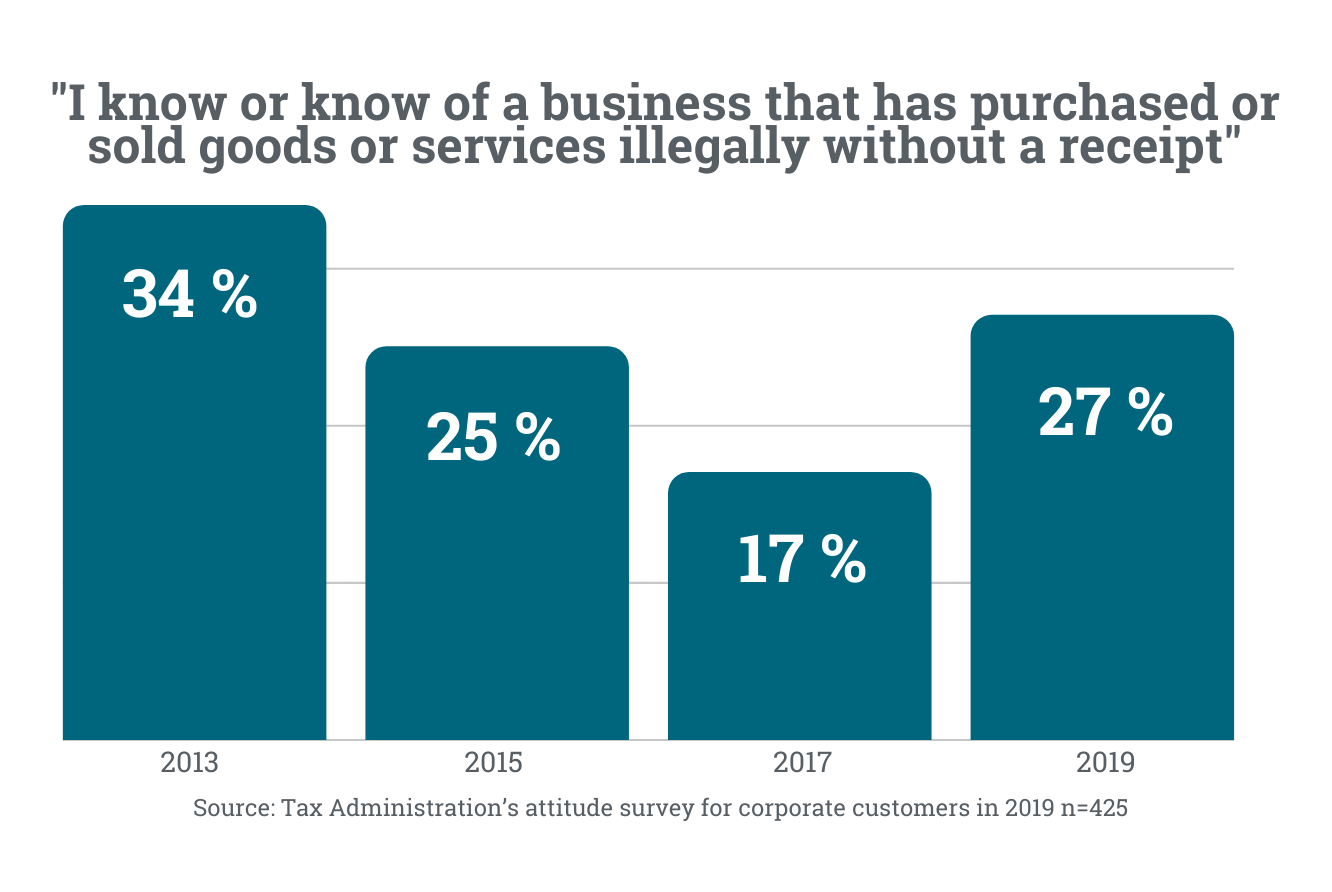 Customers are mainly satisfied with how the Tax Administration operates

Respondents from 425 corporations were interviewed for the survey. The survey respondents represented the Tax Administration’s corporate customer segment evenly, ranging from small to large corporations. The survey was carried out by FeelBack Oy in the form of telephone interviews in October–November 2019. The survey has been carried out every two years, most recently in 2017.

Is combating the shadow economy like firefighting?  Prevention, rapid reaction, cooperation and information exchange are the cure

Refund fraud causes only a small percentage of the vat gap

VAT refunds under false pretences causes VAT losses of about EUR 30 million in Finland each year. However, refund fraud accounts for less than five per cent of the entire VAT gap, which amounts to about EUR 1.3-1.8 billion.

VAT losses due to intra-Community trade fraud amount to at least tens of millions of euros a year in Finland.

Companies identify the grey economy less frequently than before

Estimate: More than half of the tax gap is attributable to intentional neglect

In Great Britain, conscious and intentional neglect is estimated to account for around 54 percent of the total tax gap. The remaining 46 percent are estimated to consist of errors and negligence, insolvency and disputes about the interpretation of law.

Tax audits performed in the scrap industry have revealed concealed sales, unjust VAT deductions and failures to report and pay taxes. Other shadow economy phenomena detected include straw men and the use of fake sales receipts.